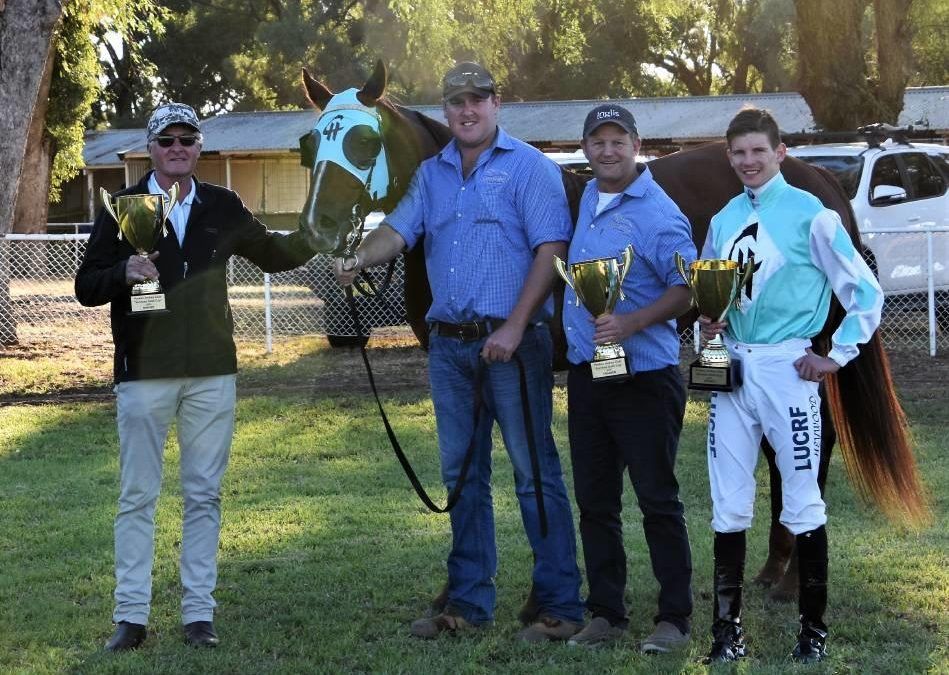 Chris Heywood made it back to back $30,000 Parkes Services Club Parkes Cups when Class Clown won on Sunday after the Wagga Wagga based trainer had won the 2017 Cup with Leucura.

Greg Ryan rode the now retired Leucura while it was Chris Heywoods’ son, Nick Heywood, in the saddle on Class Clown.

First leg of a treble for the Chris Heywood stable was Delivered ( Grant Buckley,$3 fav.) in the Parkes Farm Centre Benchmark 65 Handicap, 1300 metres.

The popular Parkes trainer George Wright was in celebration mood after a highly successful weekend which started on Saturday with wins at Cobar with Stravali and at Quambone with Choppa and culminated with a winning double, Midnight Serenade and Got Nothing at the Parkes Cup TAB meeting on Sunday.

Cameron Crockett has now trained the winner of the opening race at four successive meetings – Dubbo, Coonabarabran, Dubbo and Parkes.

Not long back from injury, Cowra jockey Michael Travers completed a winning double when the Norm Gardner, Canberra trained Empyrean ($15) finished fast from well back to win the Bugman Class 2 Handicap (1600 metres) while another Canberra trainer Nick Olive won the Parkview Motor Inn Class 2 Plate (1200 metres) with Fire Stoker (Richard Bensley $2.60 fav) which led most of the way.

Parkes will next race on the Saturday of the June long weekend.