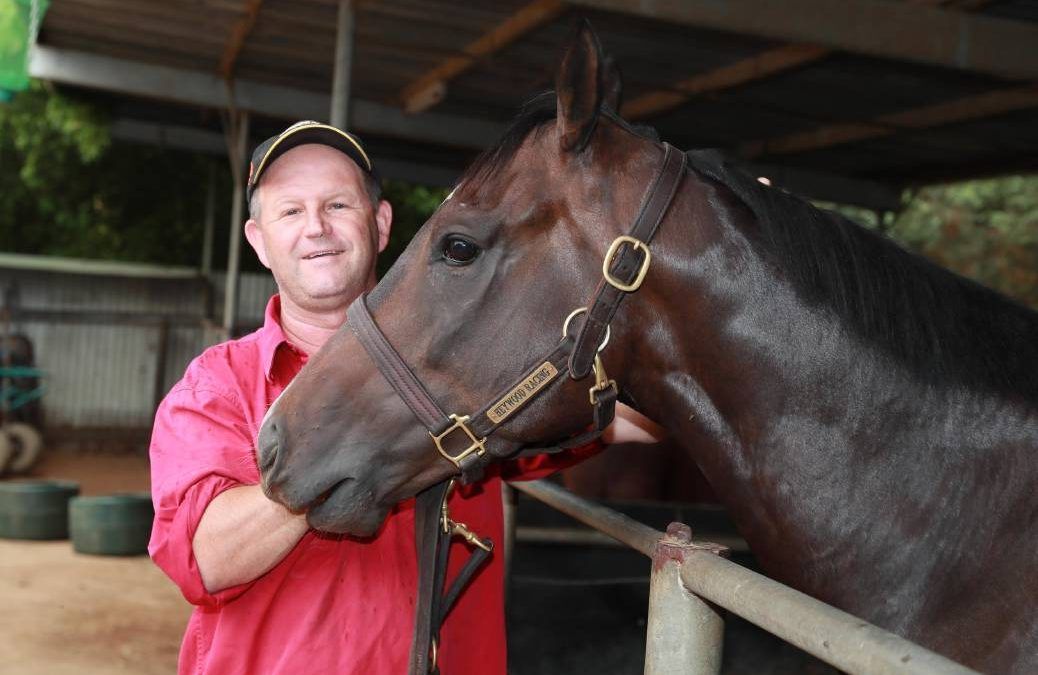 Some of the big guns for the Wagga qualifier for the Newhaven Park Country Championships will be on display at the Australia Day meeting at Wagga on Tuesday.
One of the series favourites – Another One – will trial after the final race heading into a Sydney return at Randwick on February 6 prior to the Wagga feature on Saturday, February 20.
Another contender Blitzar makes his return on Tuesday after a brief break in the Wagga Scamper (1000m), which will be followed by another start, prior to the big money race worth $150,000 at Wagga.
His trainer Chris Heywood has had Blitzar’s race program devised around peaking for the Country Championships.
Blitzar has shown what he is capable of with some impressive victories which include a runaway win in a $50,000 race at Dubbo in September.
Heywood was pleased with the way Blitzar relaxed and finished off in a recent trial which demonstrated a new side to the four-year-old.
“The key this campaign is getting him to relax and not go too hard. He will be ridden on Tuesday the same way he was in the trial,” he said.
“He has drawn the outside gate so he will be back a bit and be finishing off.
“The plan has been the Country Championships third-up from a break and so far everything has gone right heading towards that.”
Former local apprentice Tyler Schiller will be aboard Blitzar with Nick Heywood riding Absolute Ripper but confirmed for Another One in the Wagga heat.
Heywood rode Blitzar in the recent Wagga trial when he closed off strongly to finish only two lengths behind Spending To Win.
Like Blitzar, Run Like A Rebel will resume racing with one trial behind her.
The mare has won her past two starts – the latest in a Highway at Rosehill in November 2019.
She has had one public hit out at Canberra on January 13 after a lengthy race absence.
Run Like A Rebel is yet to miss a place in three first-up runs and regular jockey Richard Bensley feels she will continue to improve with racing.
“She needed the trial the other day and she might need a race start to bring her on a bit more,” he said.
“I can see her gaining the run of the race from the inside barrier and hopefully she is too good for them at the end.”
Top weight Bombdiggity is the likely leader from gate four and boasts strong first-up figures of three wins and a second from five starts.
There is some doubt over The Unknown Factor starting, but if he does, he is also a talent as he showed with three straight wins last preparation.
The feature race offers a number of unknowns with Blitzar highly rated in markets and Bombdiggity having the statistics to lead throughout.
Blitzar won’t race in blinkers which should assist in having him relax in the early part of the race.
Pedway from the Danny Williams stable adds extra interest to the feature race after two solid displays in Highway races at Randwick.
The seven-year-old has only converted 24 starts into three wins, but he has found the right race to break through for his first success since November 2019.
Absolute Ripper also resumes in the Scamper and has a top two finish in four of his second first-up starts.
Hailing from Orange for Alison Smith, Absolute Ripper was unplaced at his only previous start at Wagga.
However, his first-up and overall record prove he will be competitive on his best form.