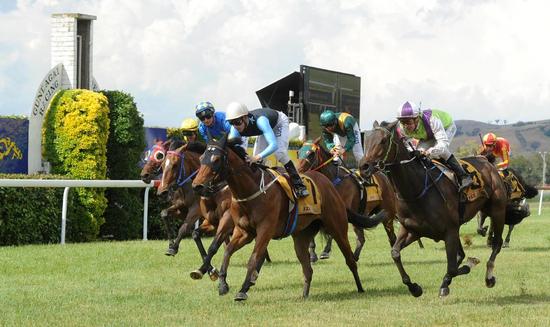 ary Colvin, Chris Heywood and Scott Spackman were all among the winners at the showcase meeting.

Heywood was thrilled to pick up the lucrative showcase maiden.

“She was probably the pick of my three on form, it’s just the gate was the issue,” Heywood said.

“(Brendan Ward) said he wasn’t worried being out there because she was just travelling.”

Meantime, Spackman and owner Noel Penfold were over the moon after Tokookacod ($5.50) took out the $32,000 Swire Shipping Class One Showcase Handicap (1100m).

The three-year-old filly started out with Spackman, before he recommended Penfold send her to the city, where she had her first racing campaign with John Thompson.

A breathing issue required surgery, so she returned to Spackman after that, and has now won two of her three starts this preparation.

“A few things have gone against her, and went wrong, but we’ve known all along that she can gallop.”

Spackman was very pleased as well.