High Opinion, Zero To Ten cannot be split for 2015-16 SDRA Horse of the Year 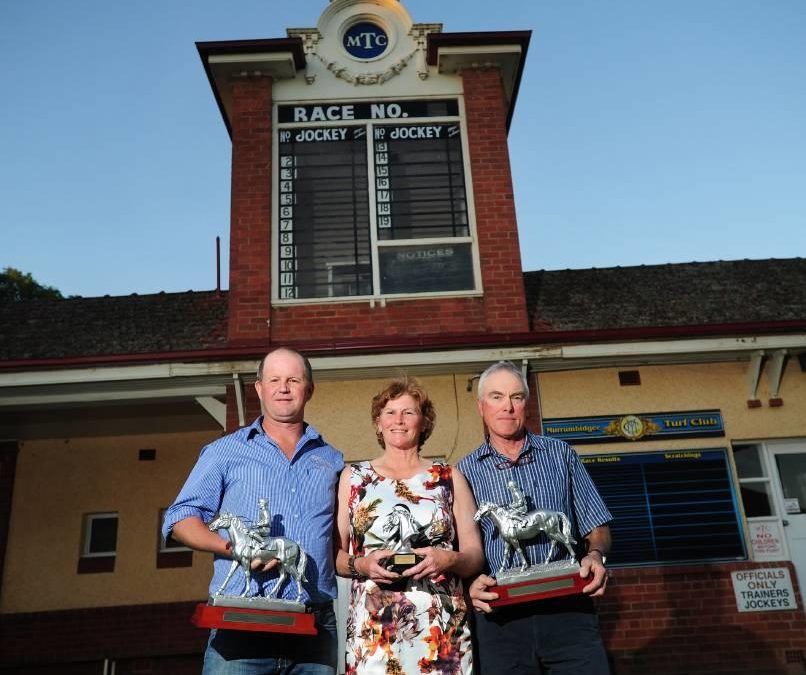 TALENTED stayers High Opinion and Zero To Ten could not be separated for the Southern District Racing Association (SDRA) Horse of the Year title.

High Opinion and Zero To Ten were locked together after the calculation of votes and shared the honour of 2015-16 SDRA Horse of the Year.

High Opinion was recognised for a top season where he ran second behind Tom Melbourne in the Albury Gold Cup and also claimed the MTC Country Cup.

Zero To Ten was rewarded for a season where he won his hometown feature, the Snake Gully Cup, while he also claimed a heat of the SDRA Winter Series at Corowa.

It was both Heywood and Scobie’s first time a horse of theirs had captured the coveted SDRA Horse of the Year title.

“It’s great for the horse to be recognised given he’s been so consistent over a period of a couple of years,” Scobie said.

“He took a while to mature, and he’s still got problems, but he’s my mate and we’ve got an agreement, he does what he likes and I do what I’m told.

“Kathy and I have had so much fun with him. We’ve had six runs with him in Sydney, and even though he was possibly outclassed, he is just so consistent and has given us a lot of fun.

“We feel so privileged to have a nice horse.”

Zero To Ten is owned by Scobie, Kathy Blay and Ben Blay and was a finalist for the award last year.

High Opinion, owned by Craig and Sue Hardy, was trained by Heywood last season before being transferred to Kris Lees in recent times.

“The poor bugger, he did a tendon a couple of weeks ago and we’re all devastated, I know Craig is.

“He’s a very nice horse and we wish him a good recovery. I hope they get him back.”

Corowa three-year-old Challenge Accepted won SDRA 3YO of the Year.

Trainer Geoff Duryea declared Challenge Accepted’s next preparation will be make or break.

“He’s in the paddock for a little while and will come back for the Country Championships at Albury. We’ve monitored him a bit so he’s eligible for that,” Duryea said.

“Next Autumn will be make or break for him, to see whether he stands up and becomes a very good horse.”

Mr Hummun Bee, trained by Trevor Sutherland, was named SDRA 2YO of the Year.