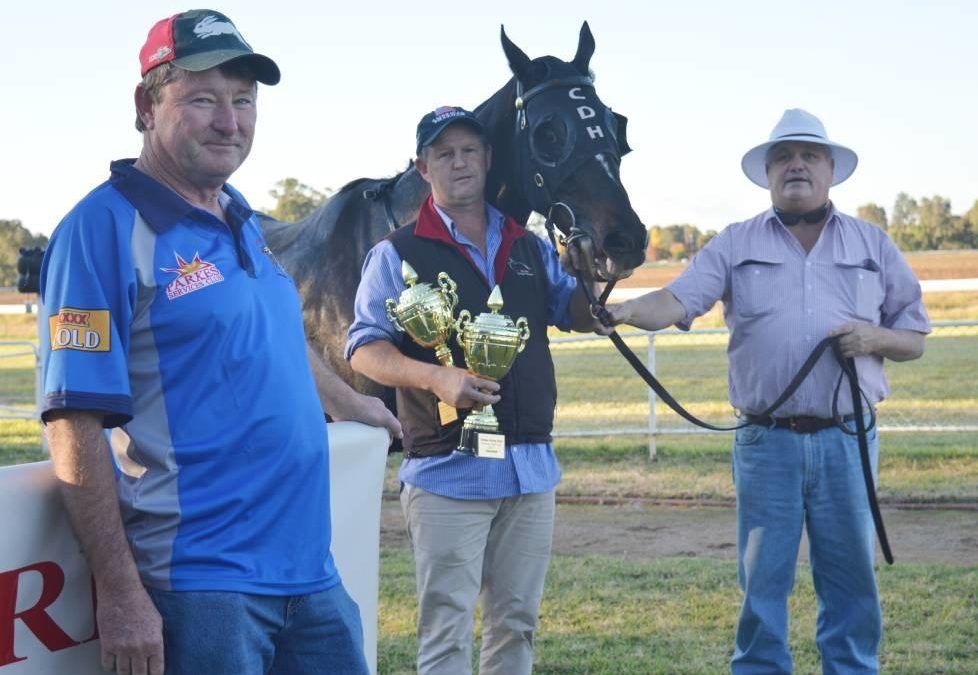 The winner of six races, Leucura had been placed over the 1600m of the Parkes Cup but was yet to win over that distance and Ryan chose to settle his mount on the rails and back in the field.

Leucura ($3.60 steadily made ground on the inside and when switched around the leaders heels in the straight reeled in Our Sarastro (Chris Williams, $9), trained at Dubbo by Connie Greig, to score by a length with Layo Layo (Mathew Cahill, $17) a strong finishing third.

Our Sarastro led for the bulk of the journey but was overrun late as Leucura found another gear under Ryan.

“He rode him a treat,” Wagga’s Heywood said of Ryan to Sky Thoroughbred Central after the win.

“We saw this race and it looked like a nice race for him.

“We’ve been trying to find the right races for him and build him up to it. He’s the only one in the family who can run over a trip, every one else is a sprinter so he’s done a good job.”

The $3.40 favourite Top Ravine was running second approaching the hometurn but was suddenly eased out of the race with jockey Brodie Loy apparently concerned the horse may have gone amiss.

But there were no worries in the Heywood camp after Leucura made it seven wins from 37 career starts.

The trainer hinted he might look for Leucura to race in Cup events at Forbes and Narromine in the future.