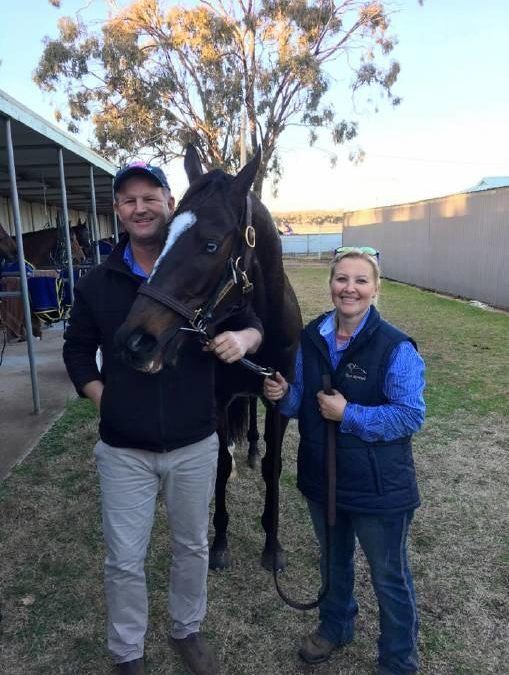 Heywood shot to the lead of the Southern District Racing Association (SDRA) Winter Series when Leucura scored a dominant six length at Narrandera on Sunday.

Leucura smashed the track record in the process, with his time of 1.34.47 eclipsing the previous mark by two seconds.

“He was super impressive,” Heywood said.

Leucura went straight to the front for jockey Richard Bensley and made all of the speed.

“At this stage, we’ll probably aim at the Forbes Cup and then see what happens,” he said.

After producing such a dominant performance from in front on Sunday, Heywood is keen to lead on Leucura more often.

“The way he went, yeah I think so. He can overrace a bit in those mile races but he got in the right rhythm and just travelled,” Heywood said.

“Two starts ago we nearly did it at Canterbury and we kicked ourselves afterwards that we didn’t.”

The final three races in the series will be held at Wagga (August 1) in place of Albury, Gundagai (August 6) and Wagga (August 31).