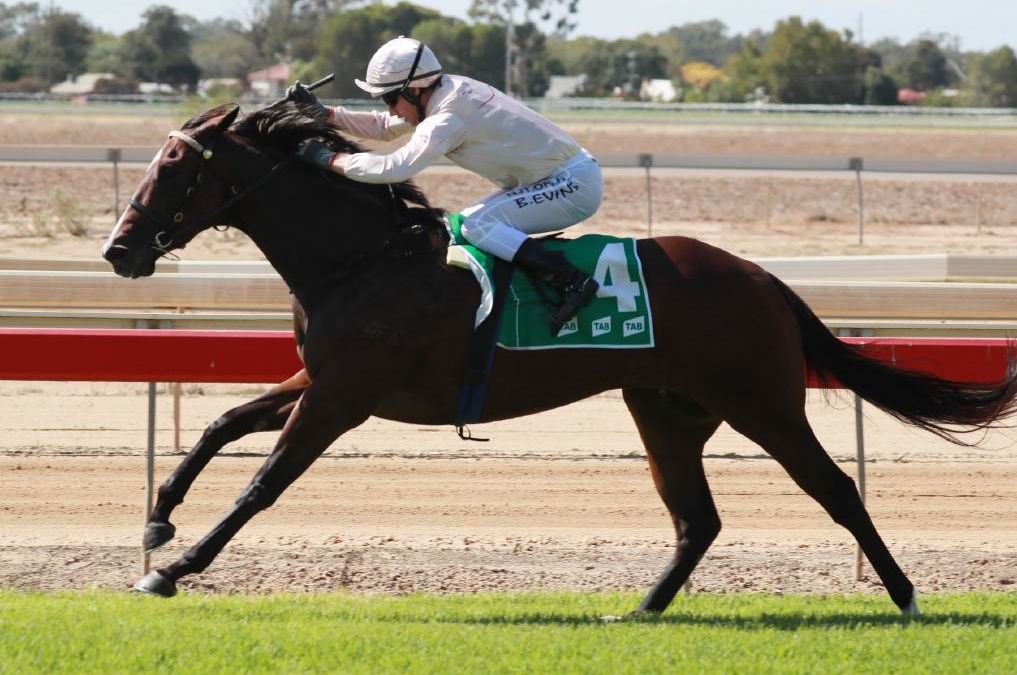 CORAZON De Oro was the beneficiary of a superb ride from jockey Blaike McDougall after the Chris Heywood-trained mare claimed the Class Two Handicap (1000m) Murrumbidgee Turf Club on Thursday.
The seven-year-old ($8.50) (pictured winning last year) sat just behind pacesetters Full of Fire (fourth) and runner-up Distillate before finding enough down the straight to finish over the top of the $2.90 favourite.
After finishing third at Albury and fourth at Wagga in two starts this preparation, race fitness proved key as McDougall racked up the first of three winners for the day.
Distillate had won two of her three career race starts, but the three-year-old threw away her chances by hanging in down the straight, forcing apprentice hoop Madison Waters to sit up on her before the line.
Waters otherwise had a day to remember, producing a nice frontrunning ride on the Tyrone Coyle-trained Prince Aurelius to win the opening race of the card, the Class Two Handicap (1600m).
The Kembla Grange rider later paired with her home town horse Stand Your Ground ($6.50) to flash home from last and win the Fillies and Mares Maiden Plate (1200m)
Waters now had ten wins from 62 starts this season.
“She (Stand Your Ground) was quite happy to jump very slow and hang out the back for a while. I had to chase her nearly the whole race and all of a sudden she finished off real strong,” Waters said.
“She ran really well last start (second at Wagga on Christmas Eve) and came home real strong, but I didn’t expect her to finish off like that today.”