The price is right for Blitzar at Randwick 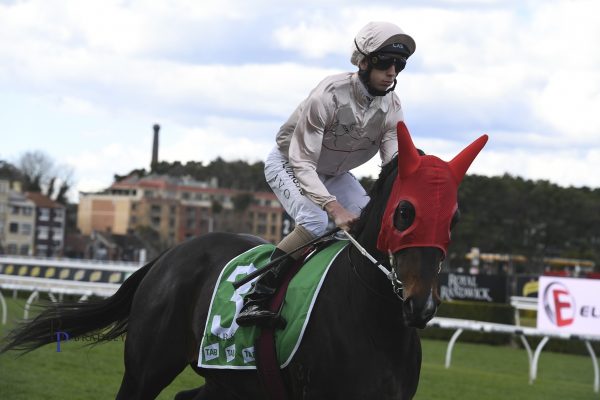 Blitzar might be an $18 commodity to win the TAB Highway at Royal Randwick on Saturday but his trainer, Chris Heywood, is adamant he is a winning chance.
“I was surprised at the price. I think he is a good chance,” Heywood said.
“There are horses in the race that he beat last time he was in town, and they are shorter than him.
“To be honest, I think he is overs.”
The five-year-old has drawn nicely with gate six in the 1100m Class Three Handicap, and Heywood joked it was a pleasant surprise not having his galloper starting from the carpark, and instead given a fair chance to show his worth.
“I’m really happy with the draw. He has been pretty unlucky with barrier draws lately,” Heywood said.
“Drawing a gate does help his chances and it’s better than being stuck wide, that’s for sure.”
Blitzar is coming off a fifth placing finish in the 1200m Class Three Highway Handicap at Royal Randwick on September 4, where he was only beaten 1.4 lengths.
Following that run, he has won back-to-back trials over the 1000m at Wagga, firstly beating the highly touted, Another One, on September 18 before beating home The Kosciuszko hopeful, Sunrise Ruby, on October 2.
“They were both really good trials,” Heywood said.
“The first one only happened because we were meant to go to a Highway, but we drew 17 so we scratched, so I thought we would trial him to keep him sharp,” Heywood said.
‘The second trial was against a good horse, and he went good again.”
Blitzar wasn’t really entertained by ticket holders as a horse for The Kosciuszko, which disappointed his Wagga trainer, who believes that the Deep Field gelding is as good as any other horse in the Southern Districts Racing Association (SDRA) on his day.
“He is well and truly in that class. You just have to go back and have a look at the Country Champs (SDRA) heat (in Wagga) this year,” Heywood said.
“He fell out of the gates; he came around the whole field and was only beaten two lengths.
“I’ve always thought to myself that he was good enough to win a good race, but we have probably been a bit unlucky with different things.”
Heywood is confident Blitzar, that will be under the guidance of Jean Van Overmeire, will get his chance to showcase his ability on Saturday, and a win could see the talented galloper set aside for another crack at the Country Championships early next year.
“We have targeted this race, then we are going to reassess afterwards to see which way we go with him,” Heywood said.
“He is a happy horse, and he is in a good place at the moment. He has always shown ability and that race (the Country Championships) is an option we still have, but we don’t know what we will do just yet.”